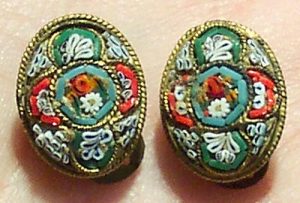 You may have heard about the Florentine jewelry. What does that mean? Renaissance is an extraordinary period for jewelry. The jewelry reflects influences of spiritual as well as religious over tones and geographical explorations. Mythological subjects dominated the jewelry industry during the renaissance. We are referring to the 16th and 17th century Italy and jewelry that dominated in Florence.

The introduction of imitation gemstones allowed less than wealthy to get into buying inexpensive jewelry. Designs were uncomplicated but great deal of attention was given to the quality of gemstones. Some even say that jewelry of this era influenced changes in cloths people were wearing at the time. Italian trade expansion that took place a century before allowed it to bring in gems expanding much of the jewelry revolution that took place during the renaissance. Most popular were pearls and worn in hair pieces, necklaces, and on brooches. Not just women even men wore them during the renaissance.

Pilgrims received rings as gifts from religious leaders that were large pieces but not with much value. They were made from semi-precious stones or crystals set in heavy metals of bronze or copper and religious symbols were added to each piece.

Tip of the Day

Jewellery pieces can scratch and damage each other if not kept in separate compartments or wrapped separately.